About A Million Shadows

Witches, werewolves, and murder – oh, my!

Former model and heartbreaker Kyra Ellison is accustomed to making trouble, not being on the receiving end. When she’s kicked out of her family’s Ozarks cabin where she’s been taking refuge – okay, hiding – after a wicked ancient syndrome wrecked her old life, she’s forced to go to Salem, Massachusetts. Yes, that Salem, where a murder, witches with secrets, and handsome billionaire make danger irresistible.

Kyra finds she’s not the only one with secrets and skeletons in her family closet, but some are more deadly than others. A confrontation with ancient danger and a new foe forces her to choose between the old life she’s been craving and the new love that might make everything worth it in the end.

Review of A Million Shadows

A Million Shadows is a novella in The Lycanthropy Files. This book is part of a great series, but also stands alone very well. I read it shortly after I read Long Shadows and the timing was perfect. Kyra Ellison has a small role in the first two books of the series and she is not portrayed in favorable light in those tales.

Kyra’s love interest in A Million Shadows is rich businessman Jared Steel. Jared and Kyra become re-acquainted after their initial flirtation was cut short in a previous meeting in the past. The reunion is complicated by the fact that Kyra is a werewolf and Jared is, well, a rich man. There really can be no room in his life for someone like Kyra.

Then there is a rumor that there may be a cure for CLS (Chronic Lycanthropy Syndrome). Jarod is the one that brings this rumor up, unaware of Kyra’s nature. Only because he owns a pharmaceutical company. Things are getting complicated…..

But wait, there’s more. There is a witch, some wizards and another werewolf. Oh, and a murder and some really bad thunderstorms.  Cue the squeaky door and the howling ghost.  (Yes, there is a ghost too!)

Kyra may have been a pain in the rear in previous stories, but in this book, she is the heroine to cheer for. I always enjoy when the black sheep gets her own story of redemption and love, as Kyra does in A Million Shadows.

Add A Million Shadows to your Goodreads shelf:

First he had to rescue her. Then he’d try to win her back.

A Marine serving in the galactic frontier, Lieutenant Lukas Frank has a lot in common with a street dog named Bang-Bang; they both started off as scrappy orphans fighting to survive–and beat the odds. Things change when Bang-Bang leads Lukas to starpilot Captain Carlynn Riga. The tough war hero learns what it means to surrender–his heart. Lukas’s struggles with Post Traumatic Stress Disorder, PTSD, threaten to tear the three of them apart, but nothing threatens them more than when Carlynn goes missing in action. Now the rugged, emotionally scarred Marine and his K-9 partner must find Carlynn and bring her home, or risk losing everything he has finally found worth fighting for.

(Expanded from the novella “Stray”, originally published in the Pets in Space 1 Anthology)

A note from the Author:
Star Hero is a stand-alone HEA novella in the world of the Star Series. It’s not necessary to read this one in series order (it contains no spoilers) but if you would like to know the suggested reading order, Star Hero takes place simultaneously with Star Champion (previously titled The Champion of Barésh) and after “The Prince, the Pilot, and the Puppy” from Embrace the Romance: Pets in Space 2. I hope you enjoy this latest installment in the Star Series!

I first encountered this story in the original Pets in Space 1 Anthology. It was one of my favorites, so I was very please to be able to read the expanded version.

I loved the story of the scarred hero, Lukas, and the cheerful heroine, Carlynn, who get together with the push of a dog, Bang-Bang. It is practically love at first sight, but things get rocky when Lukas has problems with PTSD. Like any new relationship, the first glow of love is dimmed by real life issues and unless Lukas and Carlynn can work through them, there will be no HEA.

Who is the hero of the title? Star Hero is full of heroes/heroines. Bang-Bang, Carlynn and Lukas are all heroic in their own ways, each characters getting his or her own moment to shine.

Why did I connect with this book? There was one defining moment. It happened a bit later in the story. Carlynn, in an effort to distance herself from a fiance who is not dealing with his problems, takes on a mission away from the station. Lukas and Bang-Bang get left behind. Then this happens:

He bent down on one knee, and Bang-Bang’s paw hooked over his forearm. “She’s missing.” He managed to get the words out. Inconceivable words. It seemed surreal that he might never see Carylnn again. Might never hold her…

The softest of sorrowful, high-pitched whines exited Bang-Bang’s throat, and Lukas almost lost it. He pressed his check to Bang-Bang’s. Kindred spirits, they were.

I’ve had that experience too. My dog Cocoa, who missed her sister dog who had just died, came to me to get and to give comfort. That was 20 years ago, but I still remember that moment clearly. I imagine many people who have bonded with a dog have had a similar experience. The author’s depiction of that comforting bond between pet and human is something I connected with very strongly.

So read Star Hero for the romance, for the heroics or for the story of a special dog. All are great reasons! Then, then I recommend you check out the connected story in the anthology Embrace the Romance, Pets in Space 2: Susan Grant’s The Prince, the Pilot and the Puppy.

Note: for a little while longer, a portion of the proceeds from sales of Embrace the Romance will be donated to HeroDogs.org, who provides service dogs for US veterans. 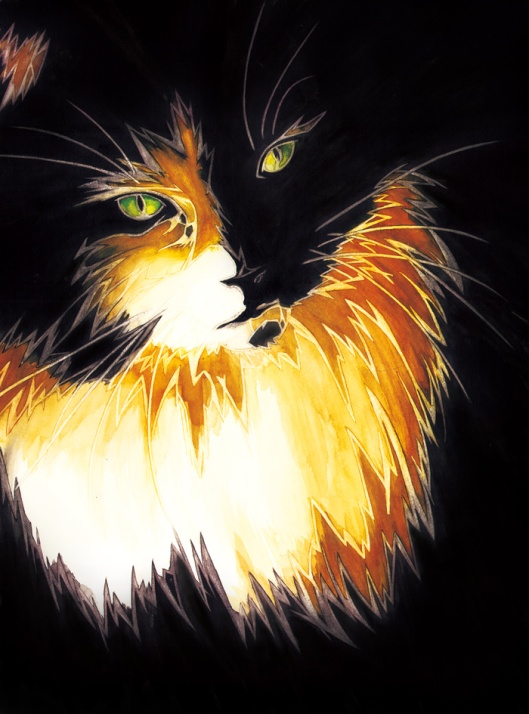 My next book is Perfect Gravity by Vivien Jackson.  It is book two in the Tether series that started with the amazing Wanted and Wired.  I loved book 1, so book 2 is highly anticipated!

The audiobook I am listening to continues Jodi Taylor’s The Chronicles of St. Mary’s series.  Book 3 is A Second Chance.  It started out with a flash-forward scene that ended with Max in dire trouble.  I’m not sure I am crazy about that because now it is taking the whole book to get back to that point.  Well, maybe not the entire book, but I’m pretty sure I’m a long way from finding out Max’s fate.