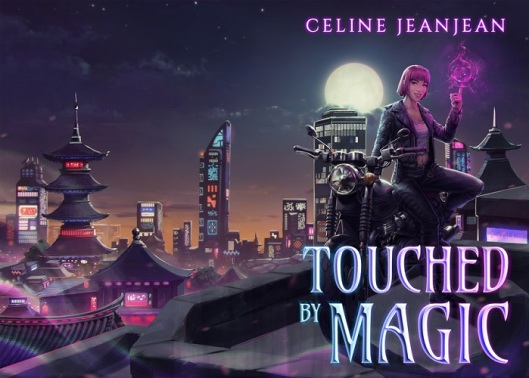 About Touched by Magic by Celine Jeanjean

I’m Apiva.  No, I’m not a badass magical asassin.  I’m a barber to the supernatural.  My magic is very weak and very niche — it works best with keeping things clean.  I know.  I can sense your awe at my power already.  And I’m sure you can see why barbering suits me well.

Although now that I’ve mastered the art of trimming a weretiger’s regrowth, my biggest challenge is fielding the insults of the shop’s cat. Sometimes I wish I had enough magic to go deeper into the city’s magical underbelly.  You know what they say—be careful what you wish for.

Everything changes when a pair of forest fae come into the shop one night, asking for help to protect their youngling. Something’s got them properly spooked, but they won’t say what. If it’s big and bad enough to scare the fae, it’s most definitely powerful enough to make a mouthful of me—probably a small mouthful, at that. And now that the fae have come to me, whatever’s after them is also after me.

My weak magic and a sarcastic cat for backup are unlikely to be enough to keep me alive and save the fae youngling.  There is someone who’s willing to help me—Sarroch. Arrogant, unpleasant, wealthy, and I don’t even know what kind of magical creature he is beneath his human form. Or what his motives are in offering to help.  I have no idea if I can trust him, but I’m so short on allies, I might not have a choice. I just hope I’m not making a huge mistake…

Grab Touched by Magic to see if I make it. Oh, and don’t get offended if the cat insults you…

Review of Touched by Magic

I was very excited to get this first book in a new series by Celine Jeanjean.  I loved her Viper and Urchin series, so I have high expectations for this new one.  Book 1 did not disappoint!

The author has created a lovely detailed vision of Panong, the city where Apiya lives and barbers. The east Asian influence is evident in many ways: food, dress, transportation and, most importantly, in the folklore – the magical creatures, also known as the Mayak.  Many of the terms were not not familiar to me, prompting me to do a little research.  But the story gives plenty of definition and context so you will not need to do that research.  The Mayak is comprised of many different magical beings, each with their own agenda.  Those Mayak agendas will play into the story not only in this first book, but in the ongoing story.

Apiya is, as the title says, touched by magic.  That means she is not very magical but seems to be very lucky around things that are familiar to her.  Which explains why Hunter, the dog she loves, mostly sheds outside.  All this animal lover can say is Wow! What a great idea.  As a touched human, Apiya is also aware of all the other more powerful magical beings.  And while most of the Mayak believe Apiya to be beneath notice, a few do notice her.  Which is how she gets into a sticky situation.

Along for the adventure are Mr. Sangong, her magical mentor, her touched friend Chai, and businessman/Mayak Sarroch.  I found Mr. Sangong to be mysterious and not yet worthy of my loyalty because I’m not sure of his loyalty.  Chai is an artist with a talent for shaping any type of metal into whatever he wants.  And he is a great friend to Apiya, so, good guy.  Sarroch is the big question.  Is he good?  Is he evil? Will he help Apiya or eat her?  He is, I must admit, interesting.

I enjoyed Apiya’s relationship with her with parents.  They live in London, so she talks to them by phone.  Dad is a geeky scholar who barely knows how to use a phone and Mom is the calming voice of reason in the family.  Their family sense of humor is delightful!  Humor also comes in the form of a cat.  Timothy is a magical cockney cat, who doesn’t take orders from ‘inferiors’ (humans).  As Apiya says: ‘But that’s cats for you — tiny animals with enough arrogance to think they rule the world.”

The book ends on what I consider to be a cliffhanger.  That is, a major part of the storyline concluded and then the story continued, without the word ‘epilogue’ in between.  So I was a truly disappointed when it ended somewhat abruptly.  Touched by Magic is just 195 pages long and it was over too fast.  The next book is out next month though, so the wait is not long.  I am looking forward to more of Apiya’s adventures!

Add Touched by Magic to your Goodreads shelf:

Today I welcome Juli D. Revezzo.  Her series based on Irish myth continues with the newest release, Druid Defiance.

What if the gods of the Tuatha dé Danann and their foes, the evil Fomorii, hadn’t settled their differences and how can humans make them stop spurs the action in Druid Defiance the final book in my Stewards War series. The series mixes paranormal romance (and in some titles, historical fantasy romance) with Irish mythology, particularly influenced by the tale of the Second Battle of Mag Tuired from the Irish Medieval manuscript the “Book of Invasions”.

That story sparked my imagination and I thought what if those battles didn’t really end with the Second Battle spoken of in the Irish myths? What if part of their treaty included a stipulation that the sides would pick a specific meeting place to battle again, every five hundred years, until the end of time?

So that was the jumping off point in the series: The specific time has come again in present day, but the owner of the battleground in question has built her own business on the site and is none-too-happy about it, even though, deep down, she expects it. And even though she wins her battle (no spoilers) with the help of a Guardian (a member of an elite force of wizard warriors sent by the Tuatha dé Danann called harshad warriors*)—with whom she falls in love the trouble didn’t end with the conclusion of their battle.

Trouble carries on into this new book in the series, Druid Defiance, where she (and the warrior to whom she’s now engaged) decides to “go home” so to speak, to her ancestral Irish homeland and hopefully find a way to convince the two sets of warring gods to end their bickering once and for all. The winner… takes control of the world for the next 500 years.

Or, worst case scenario—forever, this time! So, you see why our heroine might want to stop the fighting altogether! Can she convince them to make peace once and for all? If you’d like to see how it all plays out, the earlier books in the series are available now and Druid Defiance releases February 2, 2021.

*The name of the band of warriors comes from the fact that they fight this battle every 500 years, that number being a mathematical concept of a harshad number which is a number divisible by the sum of its digits. (https://www.ria.ie/leabhar-gabhala-book-invasions)

Thank you, Riley, for hosting me today! 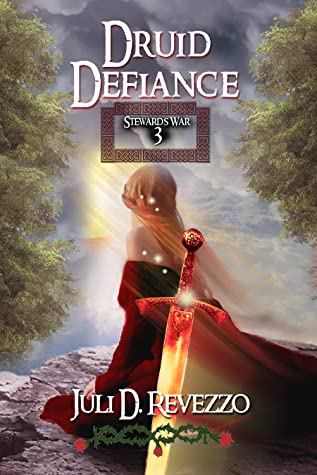 As Steward, Stacy Macken travels to her ancestral home in Ireland to wed. When she is granted access to the family’s sacred site, her presence opens a magical portal that brings her into a new version of the world. Does this mean the gods approve and her wedding can move forward or will the evil Balor object and end the world once and for all?

Add books in the Stewards War series to your Goodreads shelf.

Druid Defiance is available for the special pre-order price of $.99, through February 2 at Amazon.  Purchase books in the Stewards War series:

You may also be interested in the related series Celtic Stewards Chronicles: 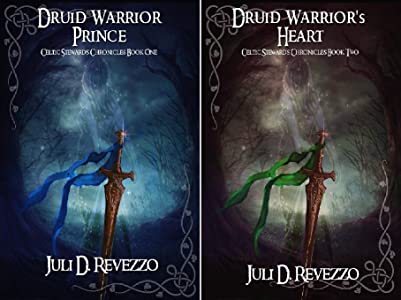 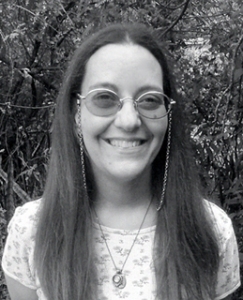 Juli D. Revezzo has long been in love with writing, a love built by devouring everything from the Arthurian legends, to the works of Michael Moorcock, and the classics and has a soft spot for classic the “Goths” of the 19th century. She writes fantasy and romance and dabbles in other genres, and is the author of is the author of the Stewards War series and the related Celtic Stewards Chronicles, as well as the paranormal urban fantasy series, Antique Magic, and historical romances including the Camden Girls series, Watchmaker’s Heart, and Vesta’s Clockwork Companions, among many others. Her non-fiction has been included in The Scarlet Letter. She has also, on occasion, edited the popular e-zine Nolan’s Pop Culture Review… But her heart lies in the storytelling. She is a member of The Indie Authors Network and the Magic Appreciation Tour.