Among the books I read this year, there are a number that I would call Keepers. That is, they made an impression while I was reading them and they made a home in my literary brain and moved in. I can visit them any time. Such was the impression the made on me. So here is my Keepers list for 2018. I am purposely excluding SciFi Romance because I will be recognizing those in the SFR Galaxy awards that will be announced in January. But for every other genre, here are my picks. 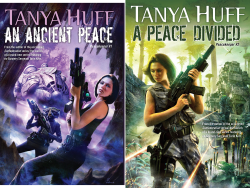 A Peace Divided (Peacekeeper, #2) by Tanya Huff – I’ve been listening to the Confederate/Peacekeeper series for a year or two. Pure military scifi, (even after the heroine retires from the marines).

The Greyfriar (Vampire Empire, #1) by Clay and Susan Griffith – Greyfriar is an often-recommended steampunk novel that I’ve been wanting to read for a while. I know now why it is recommended. The audiobook is superbly narrated by James Marters. (Yes, I was a Buffy fan.) 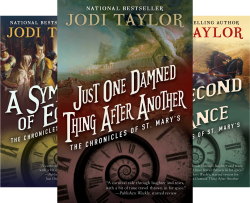 The Chronicles of St. Mary’s series by Jodi Taylor. – I am finally caught up with the series, having read all the novels and short stories up to And Now for Something Completely Different which released on Christmas day this year. The series is brilliantly narrated by Zara Ramm. I’m not sure I could ever read a print St. Mary’s books. She has spoiled me.

Themis Files series by Sylvain Neuval – This fascinating scifi series is told with a series of interviews and mission logs. The audiobooks have take a cue from the format and are read by a huge cast of characters. I just downloaded the third and final book in the series. I can’t wait to see how it ends.

Donovan Trilogy by W. Michael Gear – Books 1 and 2 were release this year. I would call them pure scifi thriller/mystery/adventure taking place on a scary planet with a life of its own.

Dark Orbit by Carolyn Ives Gilman– This book is exploration scifi with a positive theme.

The Sky Woman by J.D. Moyer – Humans who think they are advanced observing other humans. Non-interference, strange powers. I can’t wait to see where this one goes.

Stars Uncharted by S.K. Dunstall – The ragtag crew of Road to Goberlings is the real attraction in this book. I will be a happy to read their further adventures.

Before Mars (Planetfall, #3) by Emma Newman – This book had me thinking of all the Mars exploration movies/TV shows I’ve ever seen. I’ll be reading the next one – Atlas Alone.

Entreat Me by Grace Draven – Entreat Me is an older book, but I finally read it this year. Loved it!  One of my Draven favorites.

Highland Dragon Master (Dawn of the Highland Dragon, #3) by Isabel Cooper – An unimpressive title for a very impressive book. A most unusual take on dragons, magic and fantasy. 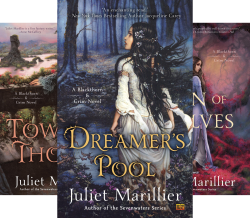 Blackthorn and Grimm series by Juliet Marillier – I absolutely fell in love with both Blackthorn and Grimm and finished the series this year. Oh my. I wish I could explain why I love this series so much. But you have to feel it.  My favorite in audiobooks! 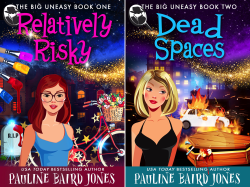 The Big Uneasy series by Pauline Baird Jones – I got caught up with this series in a binge read. I love the humor and the New Orleans setting.

The Shadows of Stormclyffe Hall: A Modern Gothic Romance (The Dark Seductions Series, #1) by Lauren Smith – This atmospheric story had me feeling the chill of the ghosts and the fear of the protagonists. Great Gothic story!

The Legend of All Wolves series by by Maria Vale – Books 1 and 2 were released in 2018 and I read them both. I was impressed with Vale’s unique and amazing depiction of the wolf world.

If you read any Keepers this year, please share in the comments below.  Your Keeper might become someone else’s next great read! 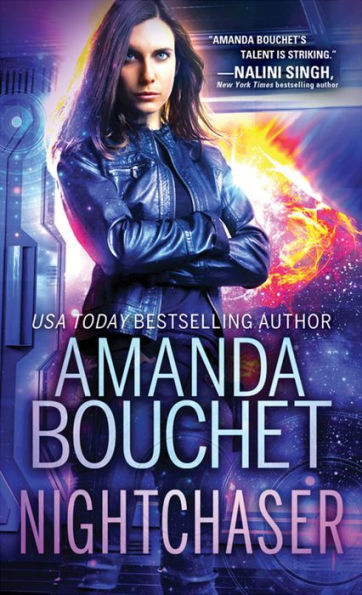 About Nightchaser by Amanda Bouchet

Tess Bailey: the galaxy’s Most Wanted.

Captain Tess Bailey is in deep trouble. She and her crew are on the run, pursued by a tyrant who’ll take them dead or alive. Tess’s best hope is a tall, dark, and much-too-appealing stranger, Shade Ganavan, who says he can help her. But his motivations are far from clear…

Shade Ganavan: arrogance, charm…and that special something that makes you want to kick him.

With the dreaded Dark Watch closing in, what Tess and Shade don’t know about each other might get them killed…unless they can set aside their differences and learn to trust each other before it’s too late.

Tess Bailey is my favorite part of this book. She is intelligent, brave, foolhardy and with a large dose of vulnerability. This vulnerability comes not only from being a wanted criminal, but also from her own emotional desires. This combination makes her character one of the most compelling I have encountered in a while.

Tess also has a past that, in a twist, comes out early in the book. It is a revelation to the reader and to her crew on Endeavor. The shocking announcement comes out in the heat of battle right before Tess thinks she and her crew are about to die.

But they don’t die. Hmm. Thinks could get uncomfortable now. Her crew members each have their own past to deal with, so they don’t seem to mind. But the crew are not the only ones that heard it. I have a feeling that Tess is going to be jumping from one frying pan to another. Not just in Nightchaser, but in any books that follow.

“Shade Ganavan had oodles of arrogance, oodles of charm, and oodles of something that made me want to kick him…” Tess Bailey in Nightchaser by Amanda Bouchet.

In the book, Tess is actually quite specific about where she wants to kick Shade.

It’s hard for me to say much about Shade without possibly giving up a spoiler. Except that part about kicking occurred to me often and with increasing desire as the book progressed. But he is a charmer, and Tess likes him a lot. So with a bit of a spoiler about to come out – Shade did redeem himself in my eyes and ultimately my thirst for violence directed toward that charming man was abated.

And redirected. In a climactic scene, Tess’s past comes back to totally mess with her life/escape. In a very bad way. I was heartbroken in a scene where two of Tess’s crew pay heavily for their friendship with Tess.

Nightchaser is a welcome addition to the Scifi Romance genre. Colorful, charming and warm characters mix colorful, cold and evil characters. There is also a great complex plot with so much potential that it is sure to get even better with each installment in the Endeavor saga. And romance. Yes, it is a bit shaky at first, but I am planning on it to get even better as the series continues.

So let me say to Amanda Bouchet, “Welcome to Scifi Romance!” Ms. Bouchet’s Kingmaker Chronicles are very popular fantasy romance books, so I am pleased to see her put her talent to SciFi. I am decidedly happy I found Nightchaser on NetGalley, and will be anxiously waiting for the next book in the Endeavor series.

Add Nightchaser to your Goodreads shelf: 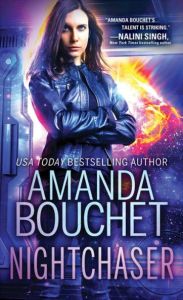 About Prime Target by Monette Michaels

Former Prime sex surrogate Susa Anghard has never been off her planet, let alone out of the Cejuru solar system. While she isn’t naive about men and what they want, she isn’t prepared for the predatory males who now have her in their sights. When she’s kidnapped on her way to a galactic rim jump station to visit her cousin Borac, she has no expectations of being rescued.

She vows to free herself or die trying.

When Borac Anghard asks Damon Martin to intercept his cousin Susa’s transport and escort her to their jump station, Damon agrees. When he arrives to meet Susa’s ship, he finds she’s been kidnapped by Dorian mercenaries. He goes in hot pursuit and prays he finds her before she’s delivered to the person who paid for the kidnapping.

He has vowed to save her.

When Damon catches up with the kidnappers, he hadn’t expected to find the resourceful Susa in the act of getting away. And he really hadn’t expected to be so attracted to her. An attraction that could go nowhere—she was his business partner’s cousin and Damon still wasn’t over losing the only woman he’d ever loved.

Take one alpha-male with a slightly broken heart, add in one Prime female finding her courage and self for the first time—throw them together in close quarters in a trip across the galaxy and love will find a way.

Prime Target continues the story of the Prime people who are losing the struggle with negative population growth. They are dying out as a people unless they can find a way to get past the doctrine that has been ingrained into them all their lives.

Prime should only mate with prime. Mating marks identify optimal mates, but with so few females in the population, the men are having a hard time finding their mates. Some women that did not mark, became sex surrogates to men who had not found their mates.

Too many men, not enough women is a pretty common theme in this genre. So, while there are no points for originality, Ms. Michaels does take an old story and give her own spin, adding interesting characters, adventure, heat and romance.

Susa Anghard is a former sex surrogate who is excited and nervous about leaving her world to visit her cousin and his family. It is both a family visit and the adventure of a lifetime to someone who has never left her homeworld. Because travel for young women, especially an unmarked Prime female, is exceedingly dangerous, Susa’s cousin Borac sends Damon Martin to intercept Susa and escort her to the jump station that Damon and Borac own and run. When Damon and Susa meet, there is some instant chemistry, but acting on it doesn’t happen for a while. In fact, when they realize the strong attraction, they verbally discuss a week with no sex (mentally, neither wants to wait).

In the meantime, Susa is being hunted by an egomaniac who will stop at nothing to kidnap her and take her to his home world. He really is an icky little man and you will want him to get what is coming to him early in the book. And often thereafter. Damon will do anything to protect her, though Susa has a few tricks up her sleeve to. Like a ragbag. I know, doesn’t sound like much of a defense, but trust me. It is. 🙂

There is a great dynamic between Damon and Susa. Like I said, he wants to protect her. She doesn’t like being ordered around. They get along just fine. Well, maybe it’s a little bumpy, but with all that attraction, you know they are going to come to an agreement.

Having read books 1 and 2 a couple years ago, I must say that I remember more adventure and less sex. Prime Target has many sensual passages, even while Susa and Damon are abstaining from sex. Plus they are on a pleasure cruise where the main pleasure is sex. Prime Target is: Scifi adventure – yes, romance – yes, erotica – pretty close.

Prime Target is #4 in the Prime Chronicles series. Each book can be read as a standalone. Since I have now read all the books, it is kind of nice to have the backgrounds of expanding cast of supporting characters.

I’m going to leave you with a few thought that may or may affect your curiosity about Prime Target:

The author provided a copy of her book in exchange for my honest review. 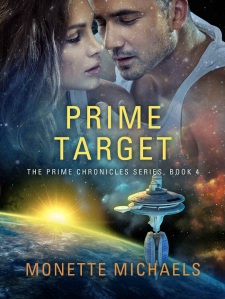