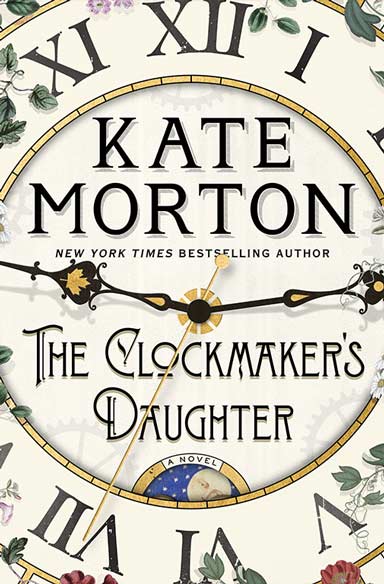 About The Clockmaker’s Daughter

A rich, spellbinding new novel from the author of The Lake House—the story of a love affair and a mysterious murder that cast their shadow across generations, set in England from the 1860’s until the present day.

My real name, no one remembers.
The truth about that summer, no one else knows.

In the summer of 1862, a group of young artists led by the passionate and talented Edward Radcliffe descends upon Birchwood Manor on the banks of the Upper Thames. Their plan: to spend a secluded summer month in a haze of inspiration and creativity. But by the time their stay is over, one woman has been shot dead while another has disappeared; a priceless heirloom is missing; and Edward Radcliffe’s life is in ruins.

Over one hundred and fifty years later, Elodie Winslow, a young archivist in London, uncovers a leather satchel containing two seemingly unrelated items: a sepia photograph of an arresting-looking woman in Victorian clothing, and an artist’s sketchbook containing the drawing of a twin-gabled house on the bend of a river.

Why does Birchwood Manor feel so familiar to Elodie? And who is the beautiful woman in the photograph? Will she ever give up her secrets?

Told by multiple voices across time, The Clockmaker’s Daughter is a story of murder, mystery, and thievery, of art, love and loss. And flowing through its pages like a river, is the voice of a woman who stands outside time, whose name has been forgotten by history, but who has watched it all unfold: Birdie Bell, the clockmaker’s daughter.

Review of The Clockmaker’s Daughter

The beginning of The Clockmaker’s Daughter hinted at the potential of a fascinating story told from the perspective of the modern woman, Elodie Winslow and the ghost, Birdie Bell. I would have been happy to see how Elodie’s research and Birdie’s recollections unveiled the truth about the events of 1862 and the people involved.

But then more viewpoints were added. And then more.

Most of the characters were well worth getting to know, each with their own impression of the mystery. They helped me piece the facts together so that I could come up with my own suspicions of what really happened in 1862. Did I guess the the truth about what happened before the author revealed it? Not exactly, but I was close.

The ghost, Birdie, is by far the main character. While the book blurb leads you to believe that Elodie is equally important, she actually disappears from the pages of the book for long passages. I really wanted more of her. I wanted her to use her research skills to uncover the personal histories, clues, and artifacts that make up the story of Birchwood Manor.

The story jumped all over the timeline, expecting the reader to keep up with the many characters and their relationships not just to the timeline, but to other characters in the story. To be honest, I found it a bit exhausting. Not everyone will agree with me and might even call me linear-minded. That’s okay.

My rating is 3.5 stars and will round to 4 for the review sites. Overall, I think The Clockmaker’s Daughter will entertain – if you have patience for this temporally challenged mystery.

Add The Clockmaker’s Daughter to your Goodreads shelf: 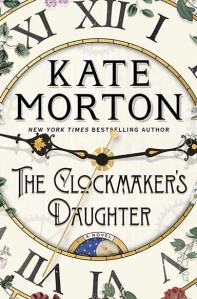