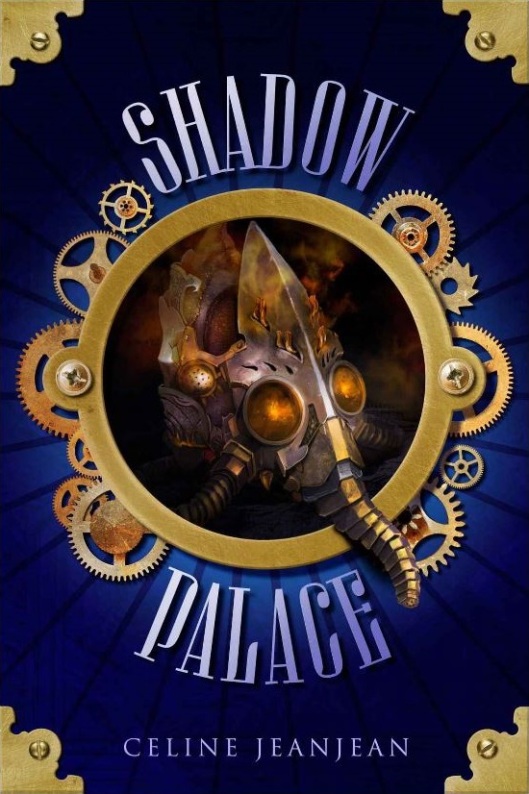 About The Shadow Palace by Celine Jeanjean

They made it into the palace…
…But will they be able to escape from it?

In the shadowy world of the Airnian court, nothing is more important than knowing who to trust. And nothing is harder to determine.

Rory and the gang need to make alliances if they’re to succeed in their mission, but their attempts are met with intrigue and betrayal. And all the while, the White Hornet is watching, waiting for an opportunity to make them disappear.

Longinus, meanwhile, continues with his quest to discover what happened to his family. His search for answers will take him deep within the palace, and deep within its secrets, until he is faced with a horrific choice.

Can Rory and the gang save him from a fate worse than death?

Review of The Shadow Palace

The Shadow Palace takes up precisely where The White Hornet left off.  You may recall, that last story ended on a cliffhanger, which I tolerated only because a) I knew it was going to be a cliffhanger and b) I also knew the next installment would be coming soon.  It was a mere three month wait – well worth biding my time.

The Shadow Palace takes Rory, Longinus and crew to a place full of danger, mystery, dark passages, mysterious inhabitants and secrets. The mission, to find out which allies are loyal to Damsport and which allies have turned, has taken the crew to the Airnian Shadow Palace.  A place that is just as hard to get out of as it is to get into.

Their one “ally” is Simeon.  He is the abdicated prince who wastes his life on gambling and other sordid activities.  But for some reason, he has taken an interest in the “southerners”.  He is not to be trusted.  Rory knows it.  Rafe knows it.  They all know it.  Simeon freely admits he withholds the truth.  The very odd alliance constantly evolves and at any one point, you do not know where it will end up – until the end of the book.  I will venture that Simeon is much more than he seems.

Longinus and Rafe are the characters whose past will rise to haunt them.  We already know something about the family of Longinus.  Rafe’s family history has only been touched on briefly.  Both will deal with their past in one way or another, good or bad, giving even more depth to both of these characters.

The whole gang is constantly in some kind of danger.  Any minute their cover might be blown.  The White Hornet is after them, for some unknown reason.  They are constantly slinking about the hallways, basements, and dark passages, looking for information and a way out.  The constant peril makes the story seem much darker than previous books in the series.  I even began to long for a simpler time when it troubles were minor (in comparison) and it was just Rory and Longinus.

But if that were true, I suspect there would be fewer stories to tell.  More stories is better!

Add The Shadow Palace to your Goodreads shelf: