Today’s guest is Debra Jess.  She is a Prism award finalist in TWO categories: Dark Paranormal and First Book.  Debra is here to tell us a little about the book Blood Surfer and to share an excerpt with us.

Welcome Whiskey With My Book Debra!

Hi Riley! Thank you so much for inviting onto your blog today. I have to say, the idea of participating in a column dedicated to Prism finalists is a little overwhelming. I’m so pleased and honored to be among so many great authors.

Blood Surfer is a fast-paced superhero romance. My hero and heroine are on the run from the law in Star Haven, where people with superpowers (called alternative humans) are banned. They’re trying to get to Thunder City where “Alts” are welcomed. They quickly discover that getting to Thunder City alive is only half the battle.

I started writing Blood Surfer back in 2012. It became my distraction while I shopped around two other manuscripts, something to keep my fingers busy on the keyboard. I had always loved superheroes and had collected comic books on and off for years. The Marvel Cinematic Universe had also started picking up steam at the box office. Despite my love for superheroes, though, I was always left frustrated by comic books. The superheroes never found a true happy ending! No matter how well written the story, it could never come to an end because the writers had to make sure folks would buy the next issue. Even when the superhero fell in love, some dastardly villain would always put the ke-bash on the romance.

I decided I had to write my own superhero romance and give the hero and heroine a happy ending.

Creating a superhero with a unique power, however, is easier said than done only because there are so many of them! Between movies and comic books and TV, trying to find a superpower — never mind a moniker — felt impossible some days. In the case of my heroine, Hannah Quinn, I created her after I tried to kill the hero, Scott Grey. I had to put Scott in jeopardy in the opening scene and then figure out how to rescue him. My evil muse then whispered in my ear — why rescue him? So I didn’t, and Scott lay there on screen next to my blinking cursor mostly dead. From there, I built Hannah, the Blood Surfer. She can heal you from the inside out by surfing through your arteries and veins. She’s quite talented and very valuable to those who want to possess her.

“Hannah.”
She tilted her head back just as Scott lowered his to place the most gentle kiss he could manage on her lips.

“Oh…” She didn’t say anything further. Instead, she slipped her arm around his neck and pulled his head down toward hers. His plan to keep it slow and short flew across the Bay with the breeze. He slid his arm down from her shoulders to her waist.

“I think we should move,” he said, when she pulled back to catch her breath.

They stood up, pressed together since neither of them was willing to let go of the other. She giggled.

“Do you want me to pick you up again?”

“That would be romantic.”

He curled his left arm around her legs. In the next instant, without warning, a familiar series of staccato pops erupted. One instinct overrode another. He shoved Hannah to the ground and covered her body with his.

I had so much fun writing Blood Surfer that I decided to turn it into a series. I’m currently working on the sequel, Blood Hunter. In the meantime, I’ve already released three short stories which are also a part of the Thunder City Series: Valley of the Blind, Slow Burn, and Still Life. I also have novella coming out in July, A Secret Rose. 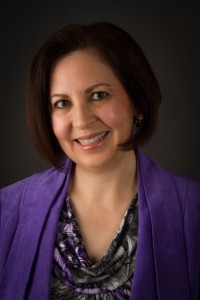 Debra, I really enjoyed finding out more about Blood Surfer.  Thanks for being my guest and congratulations on becoming a Prism award finalist!  Best of luck in the final determination.

For the complete list of Prism award finalists, go here.